Somewhere far far away in a random solar system, a lone space man dies… horribly. Take control of said fateful space man as he battles to his end against the dreaded Alien Zombies! Using a standard laser gun and a few pickups along the way, make sure you take out as many of those Alien Zombie suckers before they take you down. Its that simple. It’s Alien Zombie Death. In this wild shooting game, players can jump about a series of platforms floating in space as they battle endless waves of Alien Zombie. The platform layouts are very simple, with the focus on creating the space for the ensuing battle rather than complex level layouts — in the tradition of old-school action games, players who recognize patterns and make the use of openings and special weapons will be the ones who survive the longest. 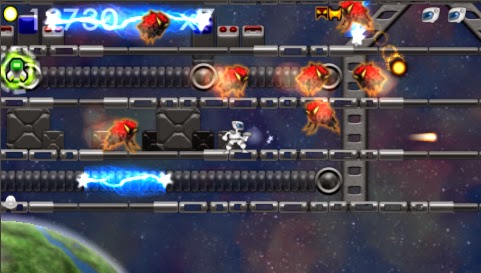 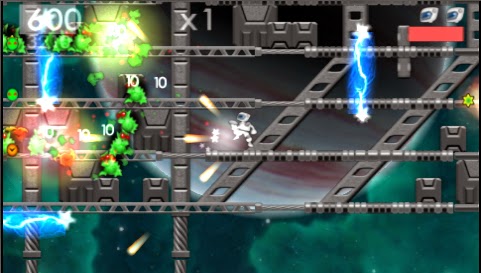