The game is all about transporting (abducting, actually) the hunks and the babes who are innocently walking on the beach. You will then throw them down to a Disco Zone for them to party. It plays great for the first few minutes, as the “well-informed” graphics will mesmerize you, shallow as it may sound; the game features 3D models and environments, as well as highly-defined muscles and greatly-toned skin. Upon starting the game, you will be asked to choose between Bret and Charlie, a man and a woman, respectively. There is no real difference anyway (though the loading screens will differ, as they feature your character). You will play the same game. The game hands you a chopper to navigate in a side-scrolling environment. You will be given a combination of types of person you have to pick up per level. From blond steroid festivals to lame-looking, cross-eyed, pimply-faced dorks, there is so little range in the characters that ultimately it boils down to skin color, hair color and muscle definition. You will then transport them to the Disco Zone, where a DJ is eternally playing under the magnificent disco lights in the middle of a sun-drenched afternoon. Movements are primarily controlled by the analog stick (highly recommended, for the D-pad will hurt your soles!). Pressing X will let you drop a winch to suck up the targets. Pressing X while loaded will let you drop your hunk or babe. There are several hindrances along the way, like Airships, Seagulls, Sharks and even UFOs. You can get rid of them by pressing O, which enables you to shower them down with soda cans. Literally shower, since it takes not less than 10 to actually eliminate some of the enemy units. When you “capture” a hunk or a babe, first they will act as if they feel threatened. After you lift them off the ground, they will perform muscle-flexing and other showing-off poses, which is funny at first but then will repeat from there to eternity. Once you complete a few levels, you will then be transported to a new beach—which looks exactly the same! More islands are added, along with some aesthetic additions here and there, but it is just the same textures and background images at random. The game is easy, and then you add in repairing your chopper on the helipad, which makes the game the ultimate in easy. Even though some of the beach-goers (even your targets) will resist your winch and start throwing dumbbells and handbags at you because you threw them erratically far too often or you just abducted a human being right in front of them, it won’t matter. You have all the time in the world; at first, you will be given a limited time to complete each scenario, but every time you successfully send a target to the Disco Zone, you will be awarded bonus time. And, after you complete a level, a hefty amount of yet more bonus time will be given to you. The game’s premise is promising; the graphics are great; the controls and physics implementation are successful. However, the lack of story and anything else to do makes this game very repetitive. This could theoretically be a nice game for the children, as it is very simple and has enough puzzle-solving for the young ones. I won’t recommend this for your children, though, because of the lascivious loading screens. I’m talking about a man with three hot girls accompanying him in a jacuzzi, one without a bra (though the entirety is covered by an arm). You don’t find that to be too much? Full butt exposure of a woman. How’s that? Among all the pecs and cleavage, the naughtiness and the hotness, this game ends up lacking depth. 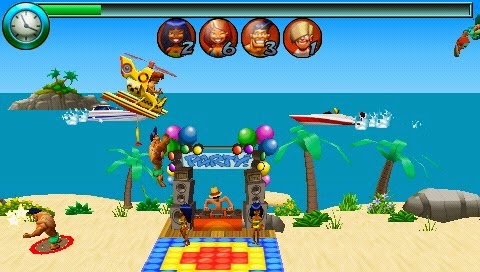 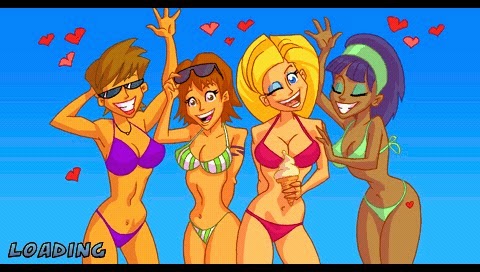