Based on Luo Guanzhong’s historical novel, Romance of the Three Kingdoms, the Dynasty Warriors series of Tactical Action games takes players back in time when chaos ruled Ancient China. For the first time on any handheld game system, players will experience the thrill of fighting single handed against legions of powerful enemy soldiers in historic battles that shaped the Chinese empire. In the PSP version of Dynasty Warriors, each stage is divided into a network of smaller “battlefield areas”, with each area holding a different degree of strategic importance. These areas influence each other and change according to the battle situation. The PSP version also features a more complicated bodyguard system, with more variations in each of the second officer and the ability to collect and trade officers with others. 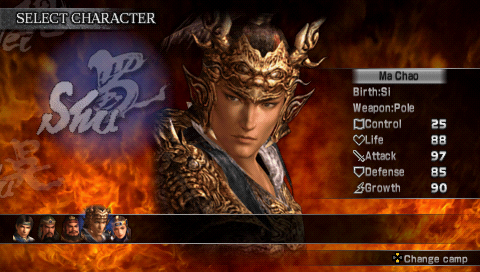 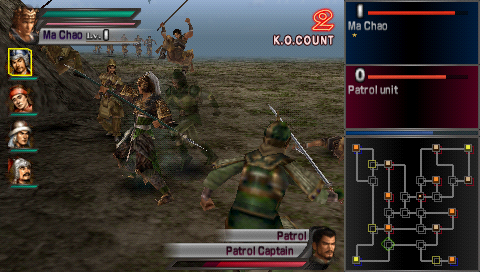 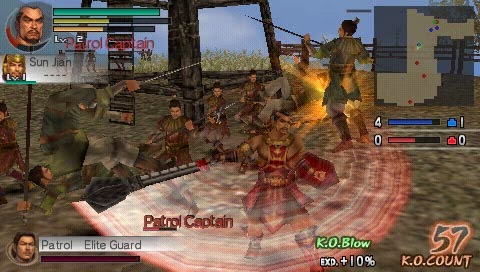