Action game developed by BEC. Set in the One Year War period, Gundam Battle Tactics lets players pilot machines from either the Zeon army or the Federation. Characters are being pulled from the original Gundam series as well as all the games and original video animations that have dealt with the time period. The game is split into missions, with story sequences, voiced with the same lines from the original Gundam, spliting up the action. As you clear missions, new missions appear with older missions opening up for free play sessions. Prior to heading out to a mission, you chose your pilot and Mobile Suit. Depending on the pilot that you’ve chosen, your mission objective and the available Mobile Suits change. 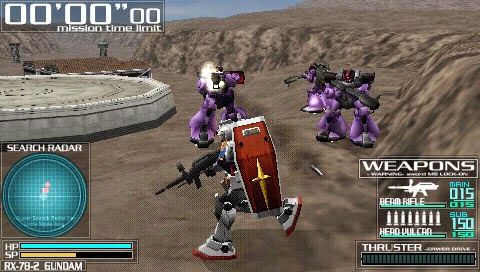 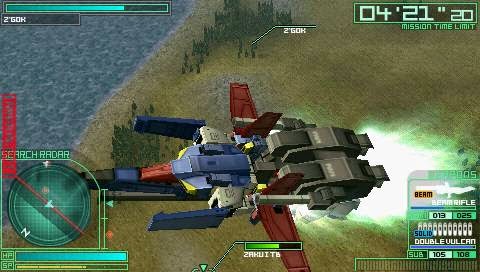 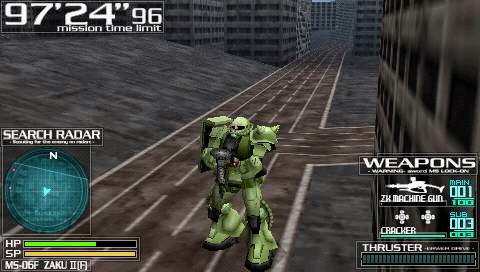