Hakuoki Demon of The Fleeting Blossom

Japan’s Edo Period was drawing to a close. The shogunate, who’d held power in the country for more than 200 years, found itself challenged by the imperial court, and by several domains who had chaffed under shogunal rule. In this midst of this political unrest, an organization rose to prominence: The Shinsengumi. Originally formed to protect the street of Kyoto from masterless samurai, they came to represent the last, tragic bastion of the honor-bound samurai culture that had defined much of Japan’s history. In Hakuoki: Demon of the Fleeting Blossom, a young woman by the name of Chizuru comes to Kyoto in search of her missing father, and soon encounters danger and the Shinsengumi in quick succession. When it becomes clear the Shinsengumi are also searching for her father, Chizuru is put under their protection. But odd things are afoot in Kyoto—possibly even supernatural happenings. Can Chizuru navigate this maze of mortal danger and political intrigue? Amidst so much mystery and death, can she find romance? 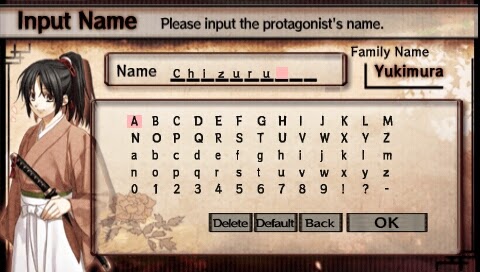 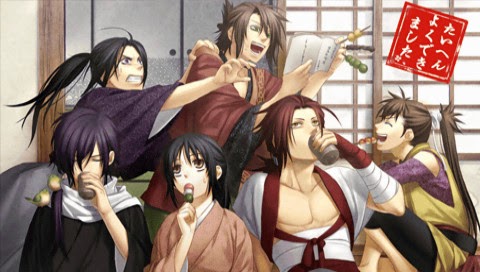 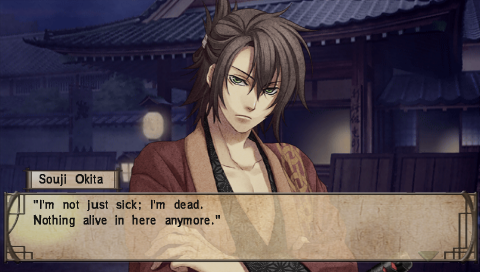