Key of Heaven (Kingdom of Paradise)

Three hundred years ago, five martial clans peacefully ruled Ohka, the center of the known world. In an attempt to gain total supremacy, the Kirin clan brutally attacked the four other martial clans to secure the Divine Swords, the symbols of absolute power. A young warrior named Shinbu, along with a girl named Suirin, are the only survivors of their clan. Set in a vast, living world, players will learn to master five styles of martial arts and explore active environments in a crusade to defeat an evil clan. Kingdom of Paradise features more than 150 styles of programmable sword fighting, 15 types of Qigong martial arts, wireless multiplayer connectivity via ad hoc mode (plus downloadable content via infrastructure mode), and more than 20 hours of gameplay set in a fantastical world. 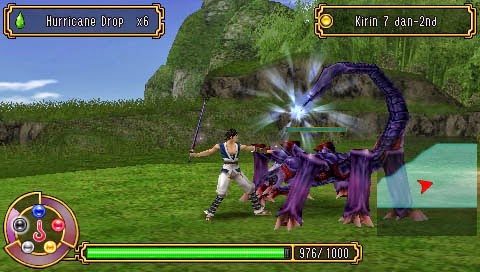 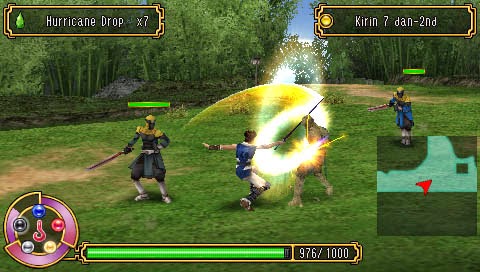 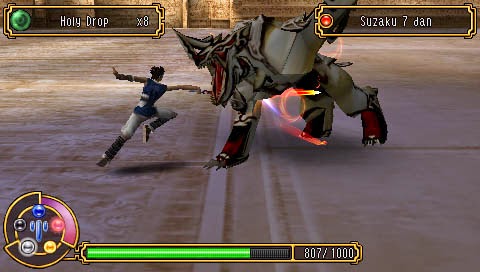