Left To Die In Zombhai

When I saw the screenshots of Left to Die in Zombhai for the first time, I thought the graphics of this Mini would be hideous. The shots definitely looked like they might be from a Flash-based browser game of the mid-2000s. I was so wrong; Left to Die in Zombhai’s graphics are detailed and bordering on great. Nevertheless…. If I am not mistaken, this is the third side-scrolling non-platforming action game for the Minis lineup. Creat Studios and Sanuk Games previously ported Wackylands Boss and Twin Blades, respectively, as Minis. In fact, Twin Blades is also a zombie-killing game. Both Wackylands Boss and Twin Blades received favorable reviews from us. Despite its graphical prowess, however, Left to Die in Zombhai won’t experience the same fate. One of the several problems with the game is its lack of charm. The nerdy, pimply, skinny character you are controlling in Left to Die in Zombhai is forgettable. And that’s not because of him being all nerdy, pimply and skinny. In fact, one of my all-time favorite video game characters is Norimaro, the Japanese version-only character in Marvel Super Heroes vs. Street Fighter of the original PlayStation. The character you control in this Mini reminds me a lot of Norimaro, but my feelings toward him are not the same. There is no story, in any form, in this game. Once you start the Story Mode, you are just thrown into a zombie-infested street, and there is no introduction presented, not even in comic panels or at least in text. 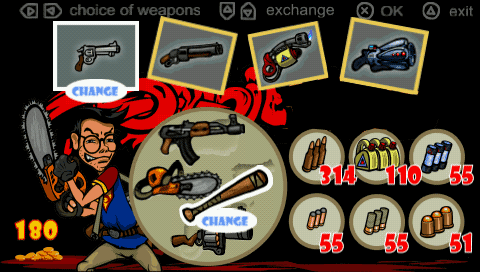 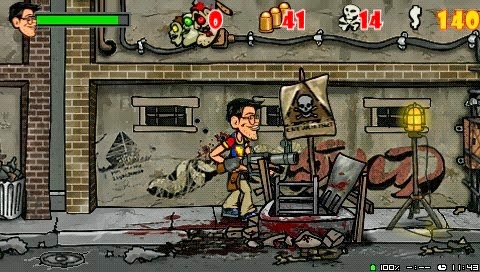 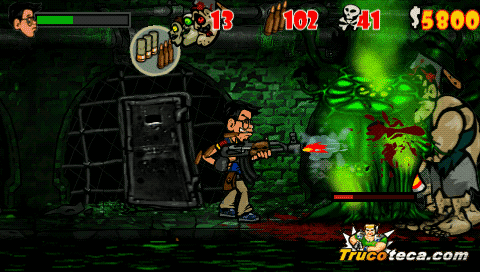