Me Monstar Hear Me Roar

Swan songs, as they connote, are mostly elegant and graceful. Cohort Studios does not follow such a trend. Their valedictory title recommends the use of your id. Me Monstar: Hear Me Roar! is all about fighting and fleeing. You’re placed on a dog-eat-dog world; you have nothing but yourself to rely on. The main goal of the game is for your character to gain size by eating Dream Essence and beating up other monsters in a hectic arena. At first, you are going to have to be very careful with whom you attack. Larger monsters hand you your butt as soon as they have the chance. The smaller monsters, though, easily fold from your presence. Once you put this pretty logical rule of life to heart, mindless button-mashing is yours to have. In the first several levels, you are introduced to the gameplay elements. This is not a bad idea, but certainly it feels like the game is an overextended tutorial. Each and every power-up has one level solely dedicated to its introduction, which is, honestly, grossly unnecessary. Controls are as follows: Triangle to shock enemies (extremely effective in stunning other monsters to either beat them up or run away from them), Square for a fart-powered dash (used to run away from or chase down other monsters) and X for punch. There is a cooldown bar in the upper-left side of the PSP screen, directly below your life meter/form gauge. This gauge fills more every time you consume Dream Essences and other monsters and is divided into five boxes. Every time a box fills up completely, you grow. Every time you get pummelled by a larger monster or boss, the color in the boxes slowly depletes, making you smaller and smaller until you die. The O button is used to activate power-ups. The D-pad and analog nub are used for moving your monster; the analog nub is highly recommended. You control, at the beginning of each level, a small blue monster. It gradually grows in size as you consume Dream Essences (blue bubbles floating around) or, if they are available, the Squirts (creatures that look like a mini-monster version of Fido Dido). Dream Essences and Squirts are the only free food while you are in your weakest form. As soon as you grow bigger, you can take down monsters of your own size (you can tell which monster is your same size because they share your color, as well as your entire appearance) and easily run through smaller monsters. The game is fast-paced and straightforward. There’s a 90-second time limit for each level. This Mini is all about chasing scores in a limited time. There are lots of power-ups available, too, and they are cleverly named (my personal favourite is Ice Scream). They work in different ways and last for a short time. They range from the obligatory fire-breath to an expected invincibility power-up. There are boss battles to break the monotony, but in the long run, this core gameplay is extremely repetitive and severely lacks variation. This is somewhat masked by the scoring system, which awards bronze/silver/gold stars in each level (you only need bronze to win the level and unlock the next one). Also, there is an achievement system that gives a unique optional objective per level for you to complete. A gold coin is rewarded if the task is completed. These things are very thin distractions, because when you start chasing gold stars and collecting gold coins, you realize you’re repeatedly doing the same thing without much thinking. It becomes a grind, a painful (literally) exercise and ultimately an unsatisfying gaming experience. MiniSquadron is similar in structure to this game. HoweverSquadron offers a lot of variety in its wide array of aircraft and in the controls for each and every aircraft model. Here, you always control the same monster, and while the art is commendable, you look exactly the same as most of your enemies. Speaking of visuals, Me Monstar: Hear Me Roar! is more than appealing. Its vibrant and colorful characters and animations are a perfect complement to its anarchic world. Humor is also prevalent in this game. There are a few chuckles here and there. Some people may find it rather sophomoric, but it somewhat works. The soundtrack and sound effects are also pleasing. Me Monstar: Hear Me Roar! is good for pick-up-and-play gaming. It does flame out when you play it in extended sessions, for successive hours. It has its charm, and some players may find this enjoyable while others may not. Even if I don’t agree with its core gameplay, I certainly see the value of this game to other players. Not bad, not bad at all. 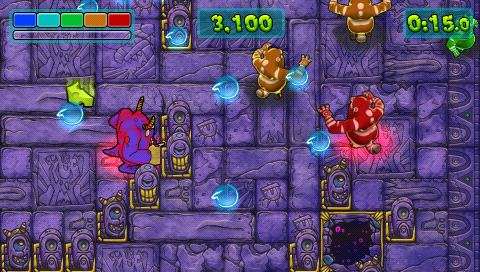 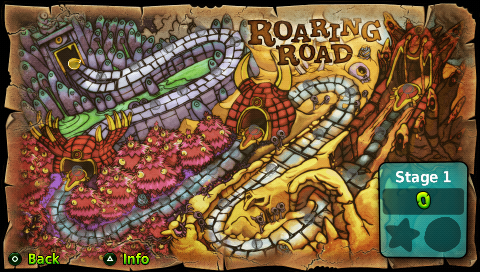 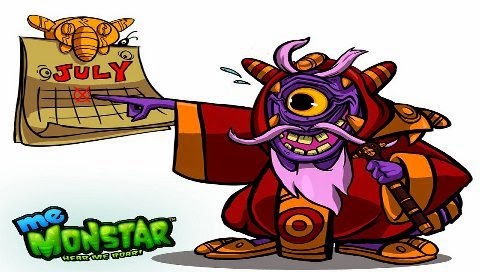