PW: Project Witch (PW:プロジェクトウィッチ) is a Japanese Visual Novel game published by GungHo Works for the Sony PlayStation Portable released only in Japan on July 24th, 2009. There are three young witches named Lilte, Marl, and Shell that you help through their daily lives. They’ve come to the human world from the magical one as part of their training, and will be around from July 22 to August 28. You pick one as your partner, then play through their daily lives. Each one has over 100 scenarios to experience. You actually go through every day of the week with them, though Saturdays and Sundays seem to have the most activity. 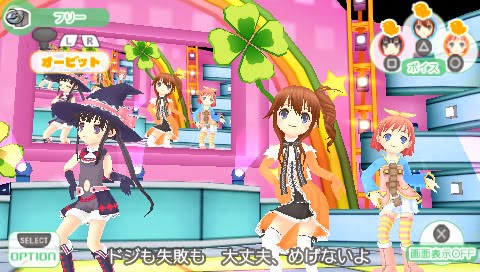 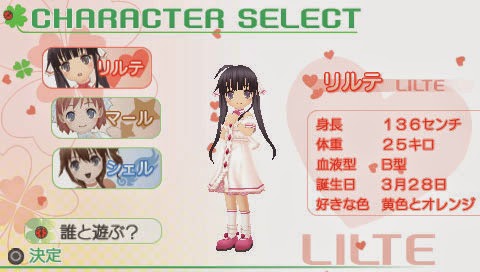 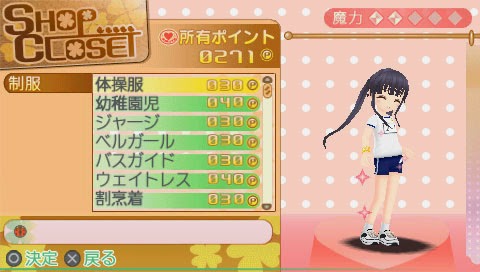