Set once again in Rainbow Islands, Bub and Bob (from the Bubble Bobble franchise) are now under the shadow of an evil record company who is polluting the ecosystem with a constant, mass-produced musical dirge. With this cacophony causing the flora to wilt and the fauna to mutate into aggressive enemies, only Bub and Bob have the experience to take on the record company and its seven bosses, setting the stage for a new adventure. The strict vertical ascents of the original have been expanded and extrapolated into three dimensions, with each level’s building-block platforms now following perspective and disappearing into the distance. As Bub and Bob negotiate the levels, these platforms will scroll to the forefront as they become accessible. 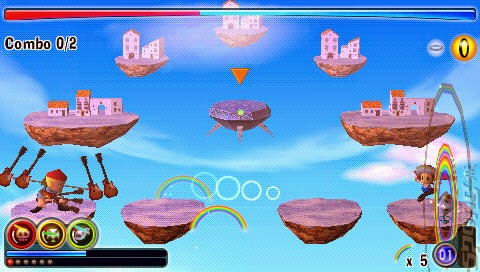 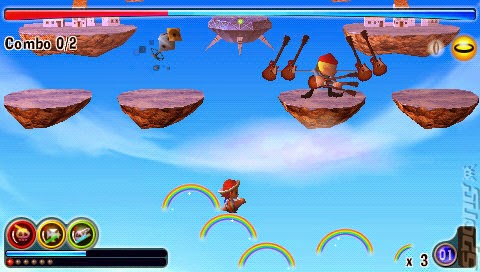 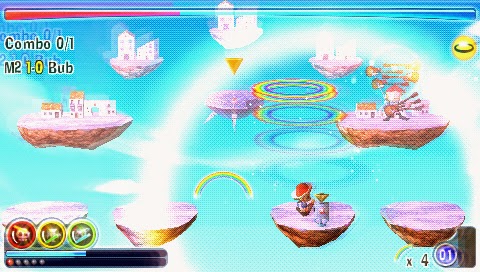