Taking the role of the ancient Inkdemon Agura, players are able to hack and slash their way through levels while also actively control the environment. By using the PlayStation Vita’s touchscreen capabilities, players can utilize various brushes to change the lay of the land. Need to get Agura up high to assault a fortified tower? Use the Road Brush to paint a platform for him to scale.

Painting is not just for getting players where they need to go, however. Sometimes, players need a little extra firepower, and with a few well placed strokes and swipes they will have enemies fleeing thanks to the versatility of the Call Brush. With the Call Brush, players can summon Inkgod companions to accompany Agura in combat. Yomihi, the fiery phoenix, incinerates enemies with attacks high in the air while Shidou, the lion-like “Foo Dog,” charges at opponents from the ground and unleashes a deadly energy blast.

Players can also manipulate the elements using the Nature Brush or Water Brush. The Nature Brush harnesses the powers of fire and lightning, allowing players to draw devastating walls of flame to engorge their enemies or localized storm clouds right above their heads to rain down damaging bolts of electricity. The Water Brush, conversely, is used to erase platforms created by the Road Brush as well as wash away certain enemy projectiles. Together, these elements produce even more powerful area-of-effect destruction. Using the Water Brush on fire can produce burning hot steam that assaults opposing samurai and archers, while using the Water Brush on clouds can cause expansive electrical shockwaves that slow opponents to a crawl. 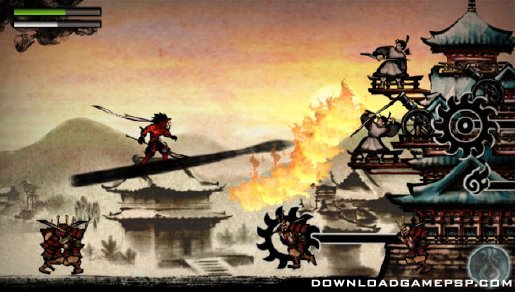 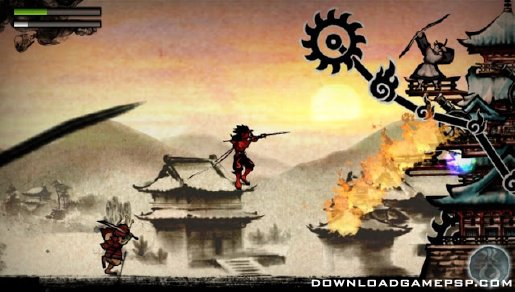