The Mystery of The Crystal Portal

The Mystery of the Crystal Portal is the latest game from the G5 stable to be brought to the Minis line. It’s a Hidden Object Game (abreviated HOG), a very popular casual gaming genre on the PC, but only the second on the PSP (the first, Route 66 was also part of the Minis line). These play as the name implies, you are shown a picture and must find various objects hidden in it. More specifically though, it’s not just a HOG, but an IHOG, which adds interactive elements to the game, than simply just finding hidden stuff in a picture. Thus making it more of an adventure game, at least in feel. It is the first IHOG on the PSP. You take on the role of Nicole, an adorable journalist who discovers that her archaeologist father has gone missing. You travel all over the world, following his footsteps as he uncovered The Mystery of the Crystal Portal. This basic plot is found in a lot of casual games presumably because it’s a good excuse to have varied and exotic backgrounds. The presentation of the plot is very nicely done, though you won’t be playing this for the story. Although firmly a member of the Hidden Object genre, this game is unusual from the typical one in how it plays. While the basic gameplay is the same – looking at a scene and trying to find various objects in the scene – it improves things quite a bit over the standard model. Firstly, you are generally always looking for sensible objects. Real things piled up on the screen, as opposed to simply just shapes (things hidden in clouds, most notably) found in most other HOGs. And things that make sense to be in the scene, not just random lists of things from a hardware store. Secondly, rather than simply having a list of items you must find (which is often confusing because most the developers of these games are not native-English speakers and often their definition of an object is not that of most native speakers), you are shown pictures of the items. This helps the game a lot, but at the same time gives an element of trickiness, because most of the items you are shown are at a different angle in the scene itself. Also, since you don’t have a list, the items you must find are first done by simply moving the cursor over objects. The cursor changes, you press X on it, and that object becomes a container showing the pictures of the objects you must find (to go into). Sometimes these sort of make sense, like the first one you do, you open up a mailbox using tools. But just a little later on it becomes almost random, though as I said, at least the objects fit the scene. You also move between scenes. Each location in the world can have several scenes. You can sometimes move between the two because one scene has an object that you need in the other. And typically the last part of a location ends with solving some sort of other type of (simple) puzzle. Graphically, it’s very lush and detailed. It’s not a completely static screen, things are animated, like trees move slightly. Looks very nice on the PSP’s screen, crisp and clear. Even when you zoom in, there is no degradation or bluriness of the image. I also wasn’t expecting all the little graphical touches to transfer over from the PC version, but they seem to have. But does the gameplay transfer from a PC to a PSP? Well, yes, but it suffers somewhat. G5 used a pretty nice control scheme, but it’s not perfect. You can zoom the scene in and our with the L and R buttons. While zoomed in, you can move the view of the scene with the D-pad. You control the cursor though with the nub, and here is the problem. I found this to be rather sluggish and unresponsive. Since you need to move the cursor a lot, I found this something of a chore. While it’s still very playable, it is more work than it should be. I found that using the d-pad to move the zoom around would also move the cursor (or rather, the cursor would say fixed on the screen and the scene would move relative to the cursor) is the best workaround. It will probably take about four to six hours to finish it, at least it did for me on the PC the first time I played through it. Probably a bit longer on the PSP, since you need to zoom in and out a lot. There was a sequel recently released on the PC, this seemingly will hit the PSP as well sometime (the G5 rep hinted as much at least on the official Sony blog), but probably not soon. This is really one of the better games in the hidden object genre, and it really translated well to the PSP. Almost. Except for the controls, which at least for me, severely hampered gameplay. If not for that, I would have given it a much higher score. It’s still certainly is playable, but just more work than it should be. 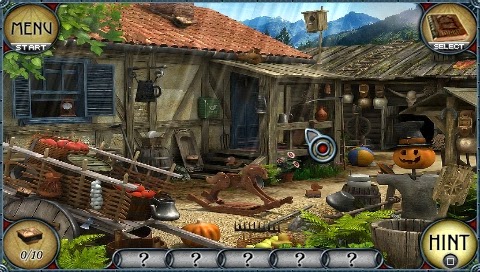 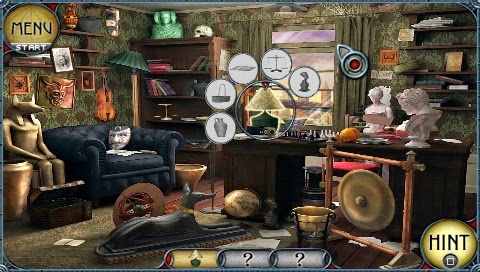 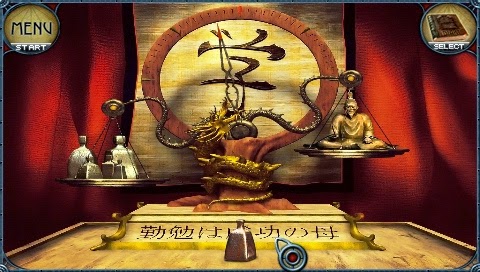