The kingdom of Altago is rebuilding their kingdom around a newfound peace after years of war against the merciless armies of Romn. The classic adventuresome duo, Adol and Dogi, arrive in the harbor of Altago City, and quickly find themselves in a scuffle with the Dragon Knights, the kingdom’s military police body, when attempting to save a local girl from harassment by one of their commanding officers. Upset by the interruption and subsequent humiliation, the commander arrests Adol and Dogi, charging them with espionage. The king of Altago, having known of the duo’s pending arrival from an old trusted friend, quickly releases the pair from prison and summons them to his chambers. He tells the men about an ancient shrine that was uncovered after a recent earthquake, and asks for their help in investigating this mysterious new find. Adol and Dogi oblige, unaware that they are about to take the first steps on a long journey to save all of Altago from long-forgotten ancient forces, and to reunite the estranged five tribes who serve and protect the Five Great Dragons deified beings who may well be the world’s last hope. Ys Seven is the latest installment in the long-running Ys series which first debuted on PC in 1987. This is the first iteration to be built specifically for the PSP system, taking full advantage of the widescreen format and hardware. The battle system consists of a three-member battle party with enemies engaged on the field map in real-time for fast-paced combat. Old fans of the series and new players alike will be immersed into the rich vibrant world containing over 30 hours of gameplay 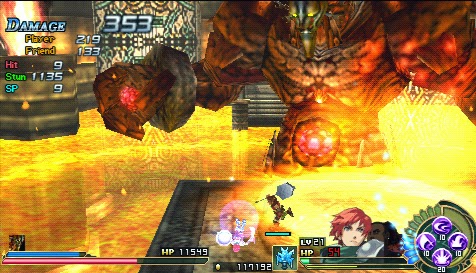 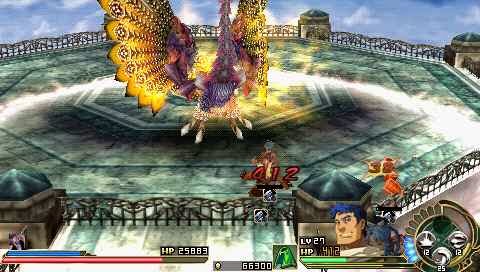 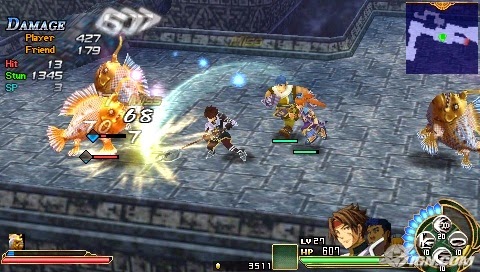