Bub and Bob face a new evolution of Bubble Bobble challenge in this PSP update of the series. The two bubble-blowing brothers, trapped in dinosaur bodies, now face the “Tower of Entertainment” as they work to trap enemies in bubbles to face the nemesis who has captured them. Bubble Bobble Evolution takes place in a new cylindrical level structure, with each level taking place on a three-area spindle that players can move between while battling with traditional and newly-created bubble powers. New puzzle elements now hinder the player, bringing an entirely new dynamic to the classic Bubble Bobble gameplay. 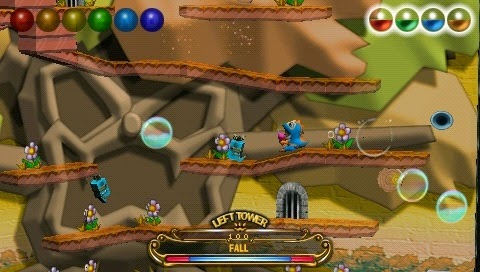 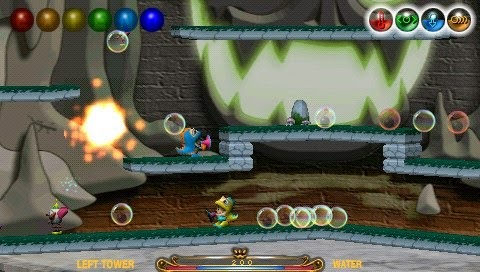