The first 3D Frogger game for handheld systems, Frogger Helmet Chaos finds Frogger called upon to stop an evil force that threatens his home, Firefly Swamp, and the nearby kingdom of Bunnington Hollow. To stop the insidious Dr. Wani and his destructive mining efforts, Frogger must use all of his hopping and dodging skills, along with many new talents, to infiltrate the mastermind’s lair and bring his evil plans crashing down. Frogger Helmet Chaos features more than 30 levels of single player action, unlockable bonuses and playable characters as well as new mini games which allow up to four players to compete via the wireless capabilities of the Nintendo DS and PSP systems. 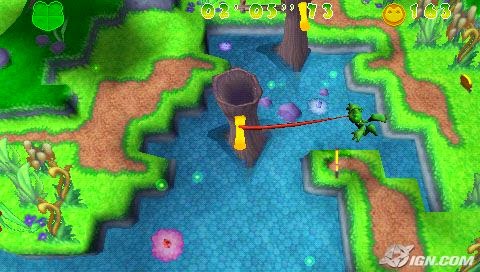 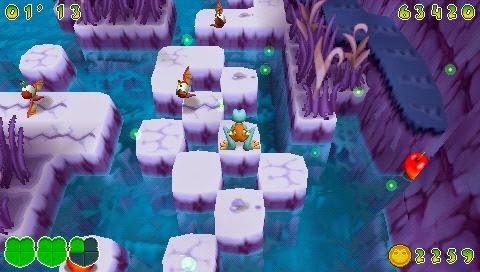