In Sarugetchu: Pipo Saru Racer (aka. Ape Escape Racing) you build your monkey into a racing machine, by giving him an engine and tires. The game features 47 vehicles, each in two forms: one specialized in drifting, one specialized in acceleration. The main game consists of playing four tracks in a grand prix. The better you do each time will fill a monkey bar at the top of the grand prix menu. Once this bar is filled a VS mode is unlocked where you have to play the tracks again but an evil, much faster monkey is involved in the races. If you become overall #1 then you will ‘rank up’ and unlock another 4 tracks and so on. You can replay the levels you have unlocked in a normal race form or in a time trial form. Each of the tracks are set in the same arena but the path changes to a harder one as you unlock more. The tracks are set in this order. The Beach, The City, The Graveyard and The Jungle. Please note that these are not the original names but the author’s interpretation. 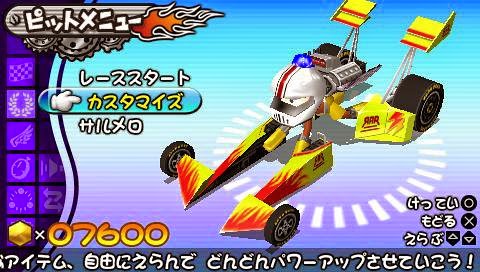 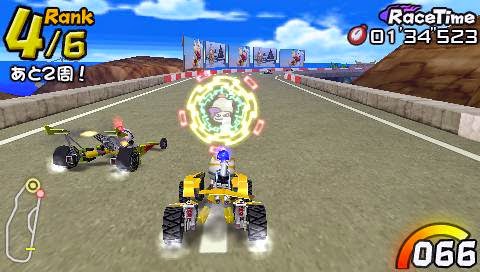 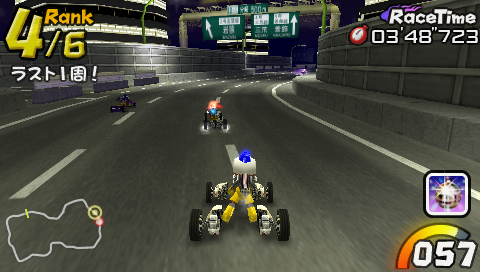