Scrabble offers a variety of ways to play the world’s most popular and challenging word game. The game offers something for every crossword puzzle fan with three modes of play including: Classic Scrabble, which offers traditional play; Speed Scrabble, where players race the clock; and, the fast-paced Scrabble Slam card game where players try to be the first to discard all their SLAM cards by making four letter words. With six difficulty levels, Scrabble serves up a Training mode with six training exercises that enable new or rusty players to polish their skills before their first big showdown. For PSP owners, Scrabble also offers two ways to play multiplayer against real-life opponents — Ad-Hoc mode allows up to four players with their own PSPs and Scrabble game discs to play any of the game’s variations against each other, while Hotseat mode has players passing the PSP around for each player’s turn for intense Scrabble party play anywhere you go. 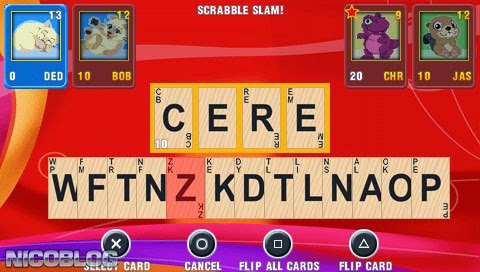 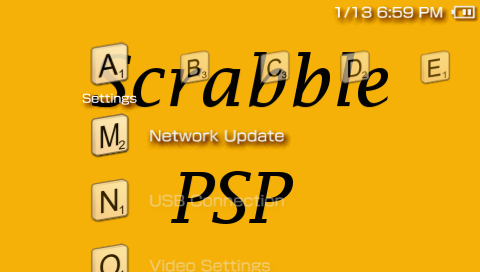